Most experts today believe that Nanotechnology have the potential to become the basis of the industrial revolution in the XXIst century. Until now, however, only a relatively small number of applications of nanotechnology have reached the market, and, they represent evolutionary advances rather that revolutionary. Although it is widely expected that these will happen indeed, nobody knows precisely in which field they will, something often found for sciences in rapid development.

Some of the Spanish companies presumably more interested in benefiting from the activities of the Institute have been identified by the Spanish Think Tank in Nanotechnology. The productive or sanitary areas of probable major impact of Nanotechnology at medium-term in our country are the use of magnetic nanostructures as contrast agents in medical imaging diagnosis or as treatment for cancer, specific applications in the aerospace or defense industry, in the development of instrumentation, in drug delivery and in the development of new solar cells. IMDEA-NANOSCIENCE will pay special attention to the development of spin-offs generated from the work carried out in the Institute. 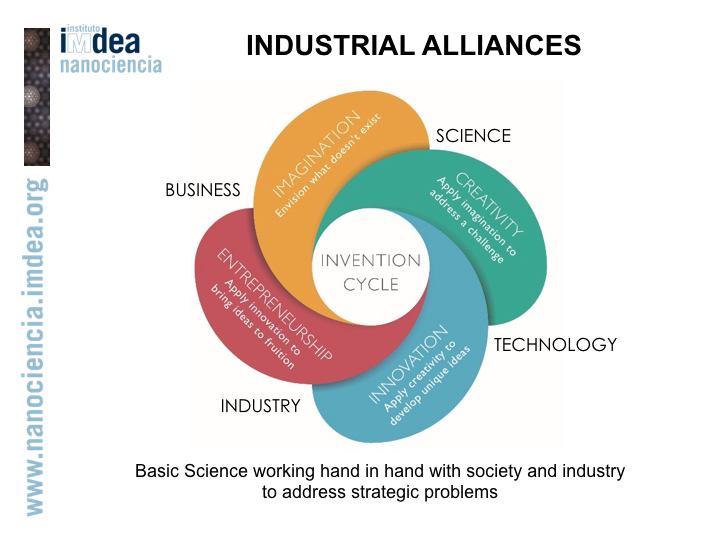